Rules. People just love them, though they will never admit it. 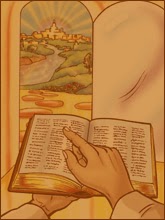 On Facebook I blocked all the posts on the miraculous, or dangerous qualities of food. It's driving me nuts to read about yet another super food, or how the things I eat daily are bad, bad, bad for me. I know people who try to avoid gluten, while they don't have coeliac disease. Or they hear about lactoses intolerance and immediately cut dairy products from their diet. And of course you have to drink 2 litres of clear water a day. And that should be clear water, not tea or fruit juice, mind you!

It reminds me of the 613 mitzvot (commandments) of orthodox Judaism that make relaxed normal living virtually impossible. Or all the rules invented by the Muslim youths that follow the selefi sect. Like: if you notice a hole in your sock after praying, your prayer is invalid and you have to do it again, after you took off your socks. Ridiculous isn't it?

But is it not just as ridiculous to measure the amount of water you drink every day? Or to never eat cooked food anymore? Why do people do this to themselves?!
I guess there is some comfort in following strict rules. Follow the rules and you're doing it right. You don't have to choose, you don't have to doubt, you know what you have to do.

At first I thought that all these fashionable foody rules would have something to do with the overload of choices in modern society. If you are vegan and don't eat sugar, you can skip 95% of the shelves in the supermarket. Hurray!
But there must be more to it, because people have been inventing arbitrary rules for millennia.
Especially religious rules of course: go to church on Sundays, no meat on Fridays, no work on Sabbath, pray 5 times a day, or else something really bad might happen!
Don't eat wheat or sugar, drink your water, eat your goji berries, or something really bad might happen!

Is the modern health food rage a substitute for religion maybe? To avoid disaster there is a given set of rules. Follow those and you keep things under control, you won't get cancer.

People just love rules, as long as they feel it is their own choice to follow them.
Let's take a look at our neo pagan community. Modern witches love to think of themselves as free spirited, independent thinkers, who broke free from the cage of organized religion. But in fact the majority is clinging to a rather fixed set of customs, that were written down in some books during the last half century. The wheel of the year with 8 festivals, a ritual has to start with the casting of a circle, Air is in the east and there are 3 grades of initiation, etc. And everyone works with lists of correspondences, that are most of the time invented by just one person.

These rules give structure to your practice and create a common ground for collaboration.
But they are completely arbitrary in fact, isn't that funny?
Gardner, Crowley, Buckland, the Farrars and others have written down their ideas and no one is hardly ever questioning them now. Just follow the rules and you do it right. Even in the non hierarchical, almost anarchistic, Reclaiming I met someone who told me, that if I did not do things a certain way, I could not call myself a Reclaimer. (which was bullocks btw)

In this way modern witchcraft has also become a kind of organized religion. With above mentioned writers at the top of the hierarchy, followed by the initiated, or self proclaimed, high priestesses, who will teach others how things should be done. Whole branches of modern witchcraft only know how to follow the rules laid down in books and on websites. Which leads to rituals that only follow form, but have no content, because people never thought about WHY they do certain things in a certain way. They are just stressing about details like finding the right colour candles and altar cloth.

As long as you wear your pentagram, as long as you have all the right tools on your altar, as long as you can read the invocation from a book, without mistake, you must be doing it right. Right?
Put the altar in the North, celebrate harvest in August, dance naked in the moonlight and for goodness sake don't mess up any correspondences, or something really bad might happen. You might not be a real witch! :)

I guess rules are just a way for people to deal with their insecurities. If you're not sure who or what you are, you can stick to a set of noble rules and know that you must be a good person. A better person than those who don't follow the rules. Which explains the smirk on the face of the lady in the health food store, who told me it was impossible to not like soy milk.
Posted by Zia Elohka at 7:12 AM No comments:

The Wheel of the Year 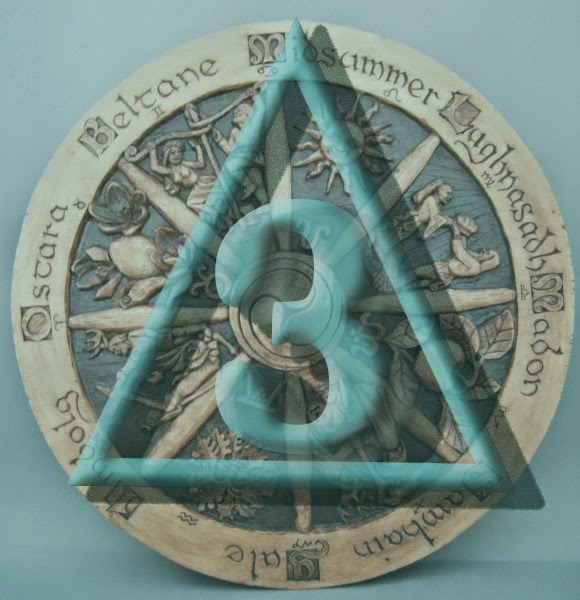 Ever since I encountered the first neo pagans in my life, I have felt ambivalent about the 8 festivals they celebrate every year. I'm not a farmer, but a city girl and I know nothing about sowing and harvesting. And anyway the growing of our food has very little to do with the seasons nowadays. So I find it difficult to relate to the neo pagan wheel of the year.

The beginning of summer and summer itself, and the beginning of winter and winter itself are what I can notice in my daily life. Times of harvest can vary in different places in the world and in different eras, but the solstices and equinoxes are the same everywhere and always.
I never really liked to celebrate midsummer though, because all it means to me is that there will be less light soon.

So it's only 3 festivals I have been celebrating consistently over the years. Oh yes I tried all the other festivals too, but only the beginning of summer- spring, the beginning of winter – autumn and midwinter are always honoured with special celebrations and at least a seasonal altar. This is how I feel it and this is what, in a very natural way, became my practise over the years.

This happens to coincide with how the ancient heathens of Northern Europe did it :)
There is an overwhelming amount of evidence that Scandinavian pagans only knew 2 seasons: summer and winter. Hence the names MIDsummer and MIDwinter for the solstices. And they celebrated only 3 large seasonal festivals: the beginning of summer, the beginning of winter and midwinter. But the exact dates could vary.

That these three festivals were also celebrated around where I live, in the province of Noord Holland in the Netherlands, is proved by some very interesting archaeological finds. Sacrificial pits were found around iron age farms at different locations. Analysis of the content of these pits shows, that the sacrifices took place three times a year: at spring, autumn and winter.

It is not just coincidence that these three festivals became prominent in the Roman Catholic calendar: Easter, All Saints and Christmas. Of course minor agricultural festivals were celebrated also, but those festivals had a wide variation, depending on climate and soil. There was never a thing like one big harvest festival all over Europe. That's just impossible in practice! When harvest is done, you celebrate and give thanks. And this can never be on a set date, for it depends on sunshine and rain. This city girl understands that much about farming.

So whenever I read yet another invitation to one of the 8 neo pagan festivals, it all feels a little forced to me. City folks driving their cars to a place in a park or wood, to re-enact a farmers festival that never took place in pagan times. Connecting with Mother Nature, while polluting the air on their way back home …

Of course, of course I know about the deeper spiritual meanings of the wheel of the year, how it reflects the seasons in our lives, etc. I also know about different myths, old and new, giving more meaning to it all. And I understand it is a perfect structure for the work in a coven and it's a lovely excuse for regular social meetings. So if you feel like it, please continue to celebrate all of them. Please do!

But please also know your history. Know that Gerald Gardner, the founding father of Wicca, started with only 4 seasonal celebrations, based on some festivals found in different locations in Great Britain: Imbolc, Beltaine, Lammas and Samhain. Only later he added the 4 festivals celebrated by the English Druids: the equinoxes and solstices. And so the 8 spokes of the wheel of the year were born, about just half a century ago.

For me the number 3 has my preference.
It is my UPG (unverified personal gnosis) that this number, together with triangles, were immensely important to the ancient ancestors.
3 x 3 = 9 And the significance of the sacred number 9 can hardly be over estimated. I think many will agree with me on at least this.

I do realize that just 3 festivals do not cover all the traditions of our ancestors.
- There is the first of May, when annual salaries were paid (and debts collected!). What might explain the tradition of celebrating and getting married on that day. Or was it the other way round and were servants paid because it was a special day?
- And what about carnival? The feast of the reversal of roles, when villages and cities were ruled by a fool. In a highly hierarchical society like pre Christian Europe, with it's sacred kingship and slavery, there was a need for a few days like that.
- Another is the day of Saint Nicolas, with a kind of re-enactment of the wild hunt.
- etc. etc. etc.

But I know for sure that these traditional celebrations never neatly fitted into a schedule with periods of 6 weeks. Our ancestors feasted when the time was there and only when the important work was done.

Hail to the Ancient Ones!

Posted by Zia Elohka at 7:55 AM No comments: