In the end it is all just a moment of material manifestation in the vastness ofeternity.

Vedanta – ancient Indian non-dualism gave me a new and deeper insight into reality, but being a human means that I have to deal with this manifestation, of which I am small particle. And I can't just cast aside all my experiences and encounters with beings from 'other realms'. For they are just as (un)real as I am myself. So where are they in the larger scheme of life?!

This questions has bugged me ever since I 'got' the Vedanta message. For the last 6 months I've gone through a serious spiritual crisis. I could understand the role and place of the different Gods and Spirits intellectually, but I didn't feel it.
Except for The Goddess, She always stayed in Her place!

My inner struggle ended (for the time being) a few days ago, when I was given this picture, during my meditation: 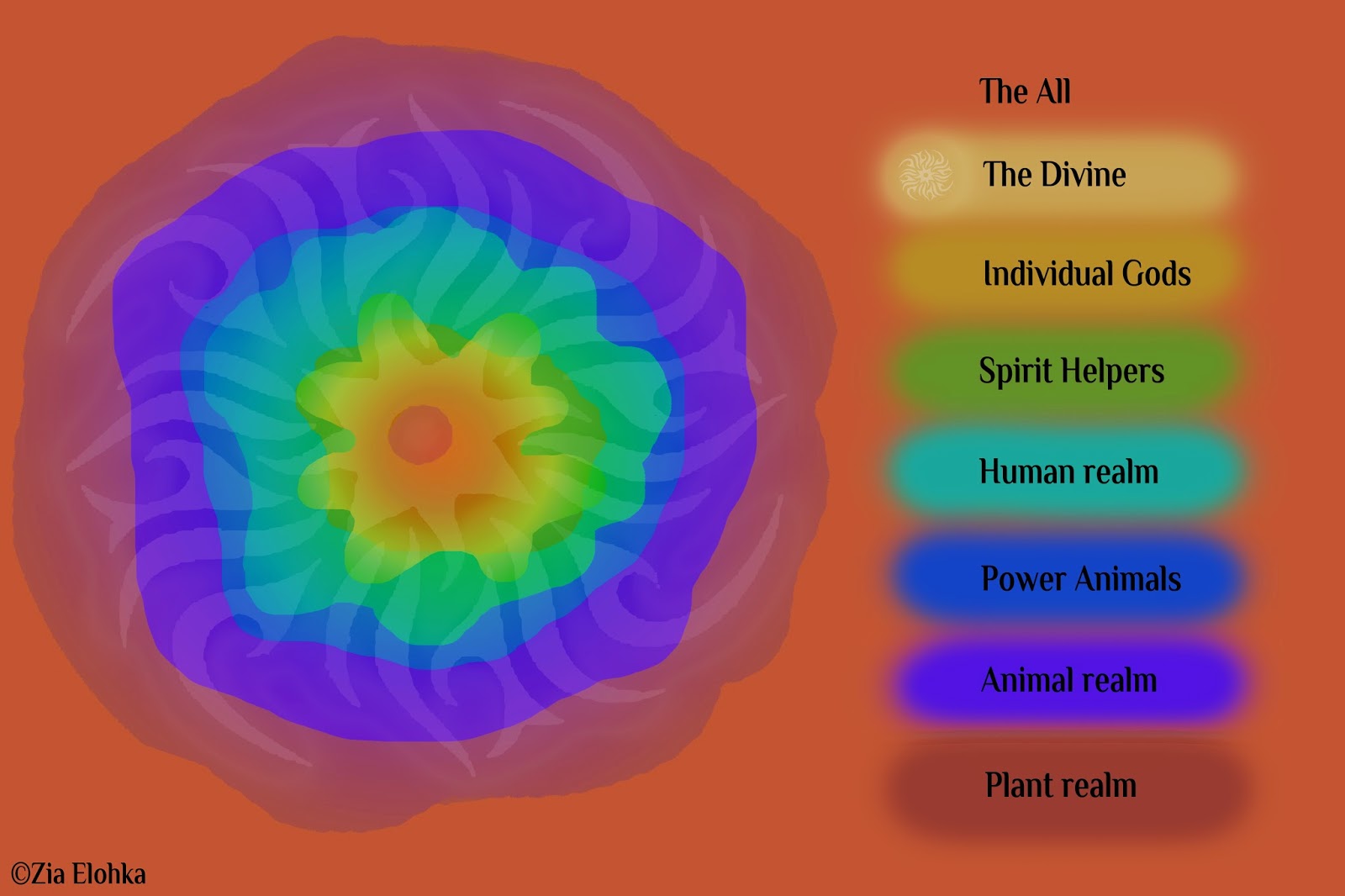 I will try to explain what it means.

In my view there is no such thing as 'higher' and 'lower' energy.
Everything is the same divine energy expanding,
until it dissolves back into itself again.
So I couldn't use a pyramid diagram to explain my world view, because a pyramid suggests some kind of a hierarchy.

It cost me some sleepless nights and many months of meditating, before I realized how simple it is in fact. Everything is circling around it's source, always moving and constantly fluctuating. There are no strict borders, any realm can permeate any other realm.
Ultimately all is one!

The source is of course The All, from which emanates the Divine (for me this is The Goddess). The Divine shapes into individual Goddesses and Gods and then into all other beings, material and non-material. I put the plant realm in the outer 'ring', because this realm also contains the one celled organisms. And all cells are made of molecules – atoms – neutrons – energy ….. which brings us back to the All.

There are no elements marked in my diagram, because the elements are building blocks of the Divine to make the material world, so they are about everywhere.

I could write a whole blog about every 'ring' and maybe I will, one day, sooner or later. But for now: This is All folks! ;-)