What is a priestess - in my view 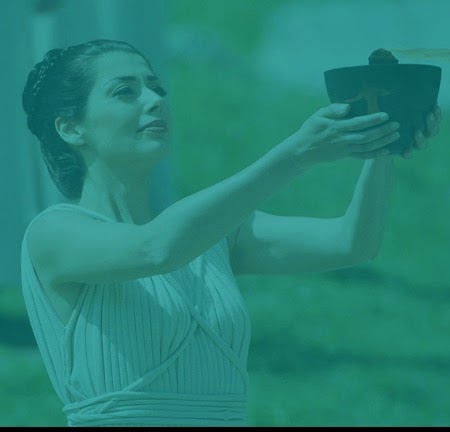 I've been asked this question several times lately, so I decided to take up blogging again and pick this subject as a (re)starter.

There are many different roads that lead to the Divine.
Some sandy and winding, some slippery and descending, some rocky and climbing. There are highways and bypasses, detours and shortcuts. Anyone can find and walk most of these roads all by themselves.
But some roads are nicely paved and this pavement is the work of priests. A good priestess paves the road for others and places some road signs, so it's a bit easier to find your way.

Of course over the centuries there have been many priests,of many religions who put up roadblocks after they had build their road. Claiming their path was the best, but not allowing people to walk there themselves. That's a power and control thing common to all people and priests are just people too. As soon as religion gets mixed up with money and politics, these power games start.
That's one of the reasons I want to keep spirituality and business strictly separated.

Please note: some of the roads can be dangerous, in that case it's only wise to put up some blocks, to protect the innocent and naïve from getting damaged!


A priestess paves a road with her devotion and daily ritual. And she builds a entrance to this road, in the form of a shrine or temple. Once the shrine is build she dedicates herself to maintaining and improving the energy flow between this entrance and the end of the road, the Divine.
In other words: A priestess maintains an energy channel between the Divine and the human world, in order to stimulate communication between the Divine and people and to make it easier for others to find their way.
This is the very first task of a priestess. Everything else, like counseling, doing readings, teaching etc, comes second. Of course a priestess should take some responsibility to help people who ask for it. But she should never forget that she is just the 'plumber maintaining the pipeline' and what's important is not the priestess herself, but the energy channel she is working on.

A good channel is ground out with a regular strong energy flow. This flow goes to and fro between the Priestess and the Divine - in the shape of individual Gods. This 'grinding' is done with daily rituals, prayer and offerings.

Gods are living beings of a non material substance. Their names and appearance may be thought up by humans, but behind these imaginary forms They themselves are very real and alive.
All living beings thrive well on good food. For the Gods the best food are offerings of any kind. This can be incense, libations, flowers, fruits, songs, prayers, dances, invocations, or even just mentioning their names in public.
With all this offering a priestess builds a real friendship with one, or some, of the Gods. A mutual friendship! The Gods offer Their help, support, advise and inspiration in return.
Anyone who is not a priest, can build a personal divine friendship like this. But the channel maintained by a priest is not just personal, others can also 'use' it. And the more people walk on this road , the better it gets.

Most of all, the road build and maintained by a dedicated priestess, becomes a highway for the Gods to reach out to people.


Priestessing is just one of the many things a healthy community needs. The work of a priestess is just as important as the work of a baker, a doctor, a farmer, or a parent. (And not more important!)
But you need a calling to do it.
You need certain talents, sensitivity, stamina and a predisposition that, in the end, can only be recognized by the Gods. It's just like the calling to become an artist, or a doctor. You just know that is what you have to do. But if you lack some of the qualifications or the stamina, you won't succeed.

In the case of a priest it is the Gods who decide if you're suitable or not. They call you and They initiate you. Being initiated by humans means nothing more than being initiated into a group or a tradition. Ideally the initiation by humans and the Gods take place simultaneously. But often that does not happen at all! And an initiation by humans is not necessary, the Gods can help themselves very well, thank you.
That being said, of course every priest needs some kind of training, to learn the skills needed.
But it is the Gods who choose you, who push you around until you made the right choice . And the Gods decide if you are ready for initiation or not, if you have developed the right skills, if your devotion is deep enough and if you are mature enough to handle the responsibility.

Becoming a priestess is not in the first place about personal development. But it comes with the package. You can only develop the right skills, if you are able and willing to let go of immature wants, needs, expectations and convictions. This can take many years and you yourself are the only one who can do this work. If the Gods feel you are a good candidate, They will give you plenty of opportunities to become a true adult. Kicking and screaming, if necessary.

There is so much more to be said about this subject and I'm sure this blog will raise some questions. Please feel free to ask them. :)

Posted by Zia Elohka at 6:44 AM No comments: